Each afternoon I will try to provide an activity that can be done outside, or at least involves some natural materials (in case its pouring with rain)! I hope you find opportunities to get outside for lots of the activities I am sharing!

Today I have two activities to share with you – Shadow drawing, and Splatter Painting. 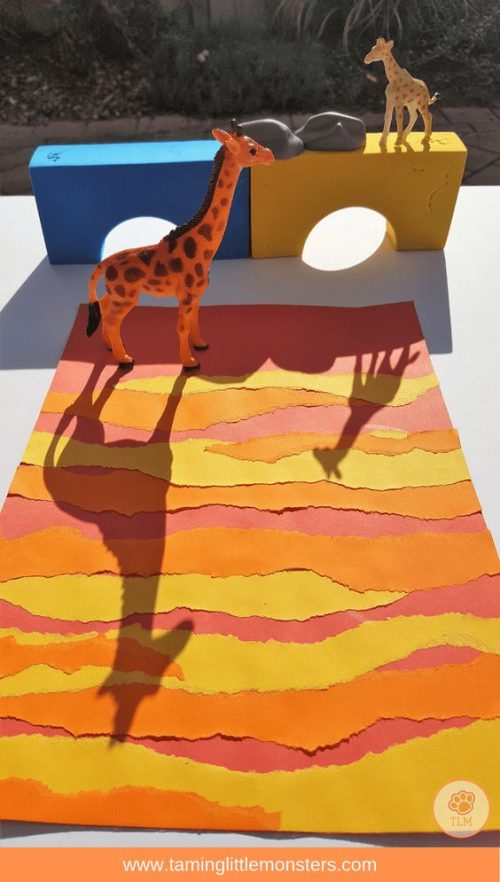 You may have seen this image around Facebook or Pinterest, it is from Taming Little Monsters, and is a great depiction of a tried and tested drawing activity for kids! We have done this activity a few times, but never with African animals, so I chose this picture to show how awesome it looks on a sunset background with those lovely tall giraffes. Here is Jake having a go with some different animals back in March. 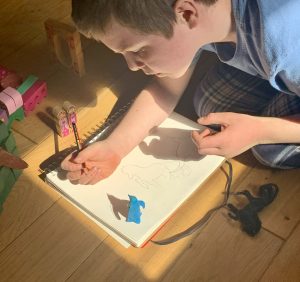 This is a great activity to do outside on a sunny day as you can use the sun as your light source, and its interesting to do it at a couple of different times in the day to see if your shadows change shape!

It’s really simple, choose or make your background, then place your toy animal where it creates a shadow onto your paper. You might find they work better perched up on a brick.

A Note – Just to say that if you don’t have any African animal toys or figures, you can use thick card to cut out the shape of the animal and use that instead!

This is definitely an outside activity unless you happen to have an art studio at home!!

Splatter painting is a simple and SUPER fun activity. I talk about it my post on process art here. Essentially, you load your brush up with paint and splatter it across your paper or canvas, and repeat, repeat, repeat! I would recommend using cardboard either as your surface or glued under the paper, as the paper can get a bit heavy and may rip.

The link to African Animals here, is that we can use splatter art to explore the animals lovely prints on their fur!

These pictures are from my daughter’s Cheetah print splatter paintings that she did during her cheetah project! She got some great effects, experimenting with brown and black paint on top of a yellow wash. She used different amounts of paint and water, and different sized brushes to see what the different outcomes would be.

EXTRA – Use masking tape on your paper to make the black or white stripes of one of the stripy animals, or be really creative and make the spots or markings of a jaguar or giraffe from masking tape, then splatter over the top. When dry, remove the tape and see what’s happened! Loads of fun! 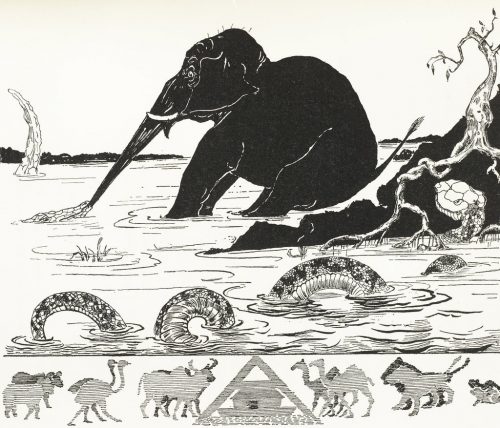 Today we have an excerpt from Rudyard Kipling’s The Elephant’s Child. If you would like to read the whole story, you can do so here.

In the High and Far-Off Times the Elephant, O Best Beloved, had no trunk. He had only a blackish, bulgy nose, as big as a boot, that he could wriggle about from side to side; but he couldn’t pick up things with it.

He asked questions about everything that he saw, or heard, or felt, or smelt, or touched, and all his uncles and his aunts spanked him. And still he was full of ‘satiable curiosity!

One fine morning in the middle of the Precession of the Equinoxes this ‘satiable Elephant’s Child asked a new fine question that he had never asked before. He asked, ‘What does the Crocodile have for dinner?’ Then everybody said, ‘Hush!’ in a loud and dretful tone, and they spanked him immediately and directly, without stopping, for a long time.

By and by, when that was finished, he came upon Kolokolo Bird sitting in the middle of a wait-a-bit thorn-bush, and he said, ‘My father has spanked me, and my mother has spanked me; all my aunts and uncles have spanked me for my ‘satiable curtiosity; and still I want to know what the Crocodile has for dinner!

Then Kolokolo Bird said, with a mournful cry, ‘Go to the banks of the great grey-green, greasy Limpopo River, all set about with fever-trees, and find out.’

That very next morning, when there was nothing left of the Equinoxes, because the Precession had preceded according to precedent, this ‘satiable Elephant’s Child took a hundred pounds of bananas (the little short red kind), and a hundred pounds of sugar-cane (the long purple kind), and seventeen melons (the greeny-crackly kind), and said to all his dear families, ‘Goodbye. I am going to the great grey-green, greasy Limpopo River, all set about with fever-trees, to find out what the Crocodile has for dinner.’ And they all spanked him once more for luck, though he asked them most politely to stop….

Go to the next post: Project - African Animal Masks 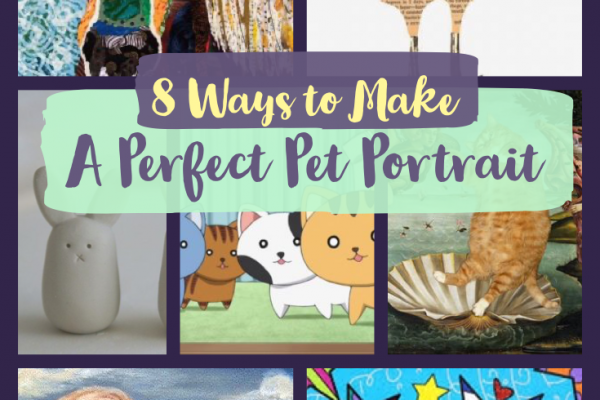 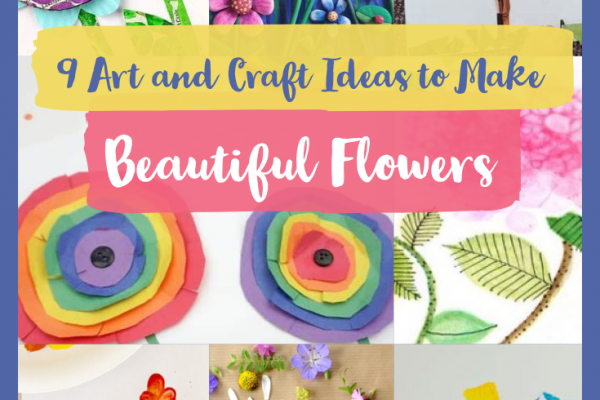 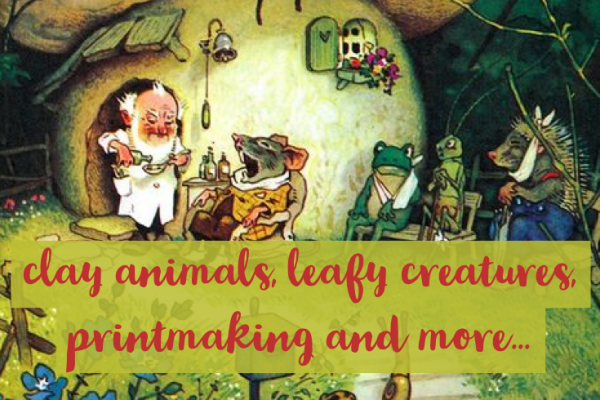 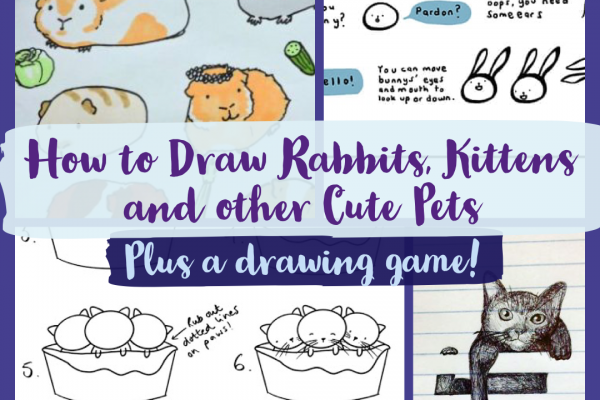